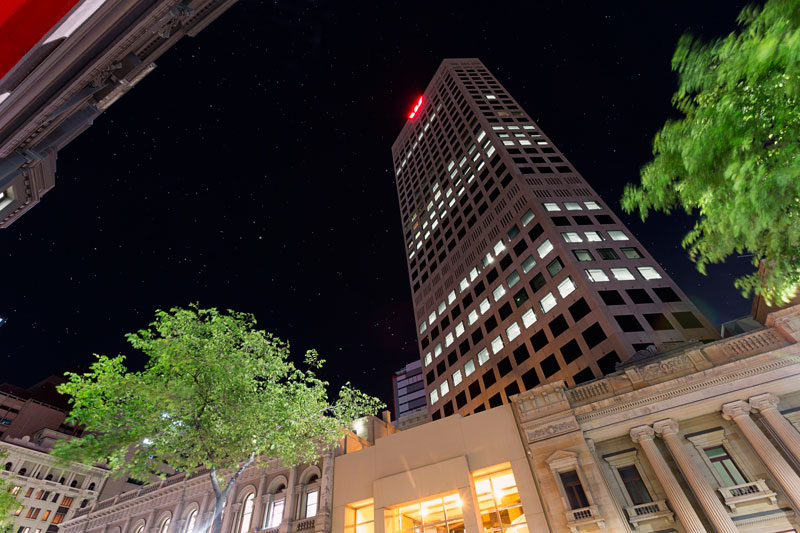 THE South Australian commercial property sector was handed a huge boost of confidence yesterday after a half share of Adelaide’s tallest building sold for a whopping $88.5 million.

The transaction by ICAM — in tandem with SA’s Accord Property Partners — is the first major deal for the ICAM team headed by former Motor Accident Commission (SA) deputy CEO Freddy Bartlett and set up in September last year.

“We have a positive medium term view on the SA economy. We see real potential to drive returns through active leasing and enhancing the building’s presentation,” said managing-director Mr Bartlett. “We believe this is a good news story for SA.”

An initial yield of 7 per cent was a major draw compared to likely 5 per cent yields for similar properties in Sydney Mr Bartlett said.

A fully leased Westpac House yield will amount to 7.7 per cent.

The current phasing out of stamp duty by the state government on commercial property in SA also helped to make the deal more attractive he said.

“We believe in the potential to build the SA funds management industry and this transaction represents a genuine opportunity to develop this sector for the benefit of future generations,” he said.

Knight Frank’s joint managing director Guy Bennett, who helped lead the sale, said it was a massive endorsement of the SA property.

“It’s a vote of confident that a local group has beaten off offshore heavyweights,” he said.

The iconic building has a 31 level office tower (132 metres high) with a lettable area of around 29,600 sqm and includes basement car parking, ground level retail and two small adjacent buildings.

Westpac House opened for business in 1988 as the State Bank building before changing to the Santos building and then to its current moniker in 2007. It last sold in October 2004 when Sydney based Abacus Property Group paid $102 million for full ownership.

ICAM will co-own the building, now valued at around $180 million, with Abacus Funds Management which bought its 50 per cent share two years ago.