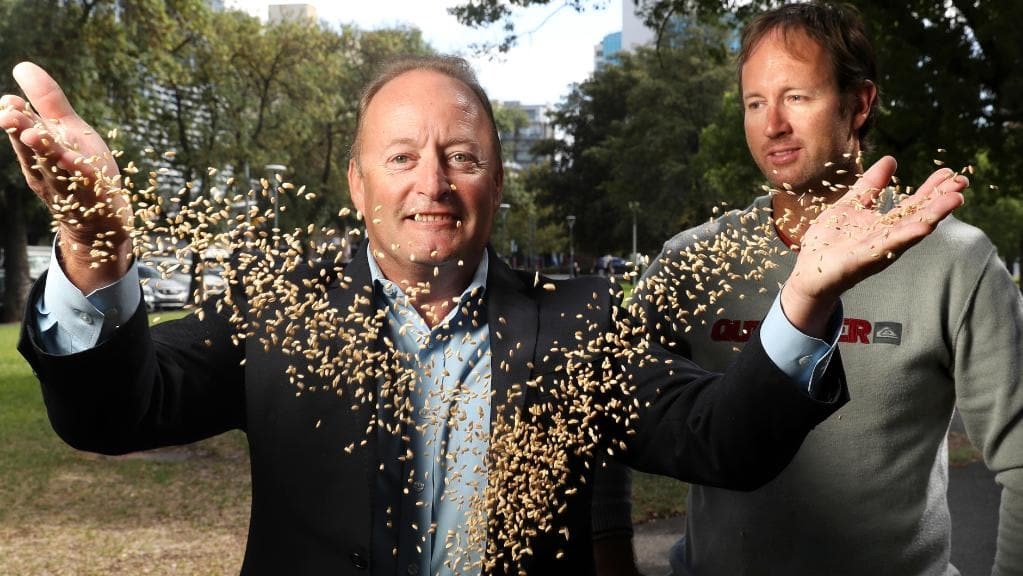 It’s a vital breakthrough for grain farmers currently facing expensive transport costs and scant competition, with Mr Chapman expecting the project will create some 50 to 60 construction jobs, with the first grain being shipped from Lucky Bay, near Cowell, in October.

“There’s been a lot of expectation built over a number of years about potential infrastructure improvements that haven’t happened and there’s probably some scepticism among farmers,” he said.

“Well, we’re doing it, there’s no turning back.”

Already, the private equity team launching the new shallow harbour port is scoping Yorke Peninsula for a second port site – while its state-of-the-art transhipment vessel, capable of loading 13,800 tonnes a day in good weather to ships anchored just off Lucky Bay, is being built in China.

Its plan for Lucky Bay also includes 150,000 tonnes of off-site grain storage at nearby Lock, with another 30ha bunker with capacity for 430,000 tonnes storage at the port. Discussions were also under way with mine owners operating in the region.

“SA is in need of new export infrastructure in order to improve agricultural economics and allow development of its mining assets in an increasingly competitive world environment,” T-Ports chair Mr Chapman said.

Grain farmers were expected to save $5 to $20 per tonne in transport costs along with another $25 to $40 a tonne in importing fertiliser back to the port. It currently arrives through Port Lincoln or is trucked from Adelaide.

Mr Chapman said 120 Eyre Peninsula farmers committing to using the port would get a $3 company share for each tonne of grain delivered.

“It will be the single biggest investment in grain infrastructure in Eyre Peninsula this century,” operations general manager Tim Gurney said.

It’s welcome news for Jeff Bigg, a third-generation grain farmer and owner of 12,000ha Westwud near Wudinna. “I think farmers will be optimistic,” he said.