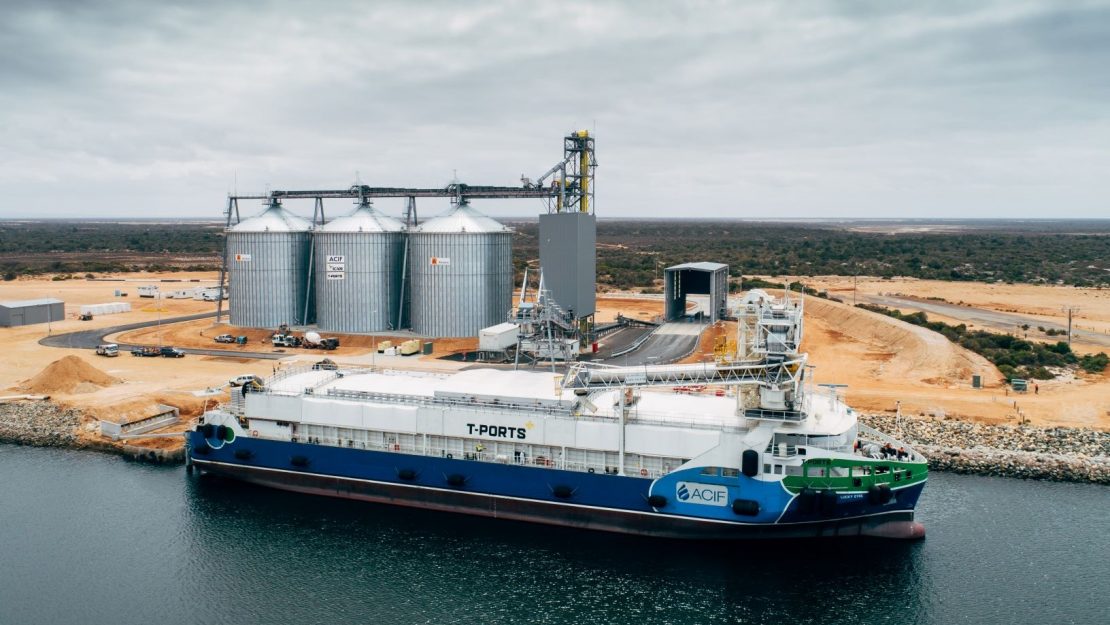 Morgan Stanley’s asking clients to tip into an intriguing port company’s $45 million private funding round, with the lure of a potential initial public offering in 2023.

IDPIT’s pitch is about disrupting traditional deep-water ports, by taking the port to where products are based. Its transshipment vessels load bulk materials in shallow-water ports close to road or rail systems, and are discharged into an ocean going vessel at sea.

Its first port is at Lucky Bay and it wants to roll out its transshipment ports across Australia and internationally, targeting areas with strong agricultural and mining sectors. The raising implied a $95.3 million pre-money valuation for IDPIT.

Investors were told the project had already been funded with $87 million of equity, including $57 million in cash and $30 million vended in development value by the group’s biggest shareholder, Sea Transport Corp, which designed the shallow port.

It was at the point where IDPIT, which is chaired by Adelaide Airport chairman and former St George CEO Rob Chapman, expected $4.7 million EBITDA in the 2021 financial year, increasing to $12.4 million next year and up to $24 million in FY24. The bulk of its revenue was slated to come from shifting grain and fertiliser, and forestry products at Kangaroo Island.

As for the raising, the first $15 million was slated to repay a bridging loan from the Commonwealth Bank of Australia, while the rest would go towards development capital and repaying junior debt, depending on the final size of the deal.

The raising was priced at 8.2 times EBITDA, according to a pitch sent to potential investors, while Australian port deals had historically been done at closer to 14 times. Potential investors were told IDPIT was targeting a 20 per cent IRR and 8 per cent average annual cash distribution from 2022.

Like all private funding rounds, investors are expected to focus on the liquidity event. They were told the group was aiming to IPO in late 2023.